The newest member of a highly successful and well-received class of ships is called Discovery Princess. The ship is built on the same foundation as her sister ships, with some fantastic new features.

State of the art characteristics

When launched late next year, Princess Cruises will outfit the Discovery Princess with many of the same features as the other Royal Class ships. This 145,000 gross ton, 3,560-passenger ship features innovative amenities and state-of-the-art technology that make cruising a worry-free experience.

Discover Princess will have some of the largest balconies at sea, with 1,012 and 947 square feet. There will be more than 25 dining options on board, including French bistro chef Emmanuel Renaud, whose restaurant Flocons de Sel has been awarded three Michelin stars.

The ship will also feature Princess Cruises’ latest technological development, the Medallion class, which was added to the fleet a few months ago.

This portable, Internet of Things-based device allows guests on board to use all sorts of things, including. B. open cabin doors, pay for retail purchases, facilitate safety training, provide high speed internet access for watching sports, movies or video calls, and last but not least, deliver food, beverages and retail goods to any place on board upon request.

Thanks to new technological developments, the company is evolving from a stuffy cruise brand to a state-of-the-art 21st century brand.

The princess greatly increases her capacity

There have been successes not only in the construction of high-quality ships. Princess Cruises is rejuvenating its fleet. Two more ships will be built in Italy in the coming years. The company has not been left behind in the race of companies for leadership in the global liquefied natural gas ship market.

Princess Cruises has contracted with the same shipyard that launched the Discovery Princess to build two new LNG-powered ships for delivery in late 2023 and spring 2025, respectively.

With the introduction of these brand new ships, Princess Cruises will increase its capacity by an incredible 32%, making its fleet one of the newest in the industry.

Where does the Royal Class sail?

The Princess Discovery will depart on the 1st. March 2022 for her maiden voyage from Los Angeles. Thereafter, the ship will be stationed primarily on the west coast of the United States. Below you will find the departure points of all Royal Class ships: 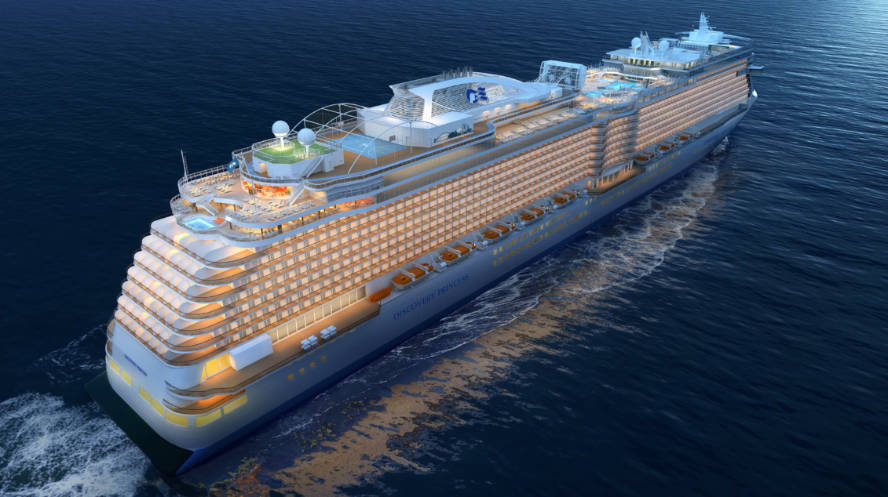